Not an Ash Wednesday Recipe

So, today for dinner, I made one of the recipes I had clipped from a magazine. I have approximately 500 recipes clipped from magazines, but I am really bad at making those recipes. Even though I have them in a binder that is organized by category.
For real.

It was in my meal plan for the week, and I made the meal plan forgetting about it being Ash Wednesday. We are on a strict budget, especially with a few things extra this month (paying for concert tickets, throwing a shower), so even though it had meat in it, I still made it, because that is what I had the groceries to make.
It was kind of laborious. Read: Lots of chopping. (and I do NOT like chopping)
But, it was so worth it. It is SO delicious, high in protein, and pretty good fiber content.
I had cut it out of Better Homes and Garden’s magazine.

Anyway, without further ado…here is the recipe.
And as I am reading the recipe, I realized the part I forgot!! Blast it!! It was the thing I was looking most forward to – crunched up dorito’s on top. Maybe tomorrow, when I have leftovers.

1 12 oz package dried jumbo shell macaroni (I used rigatoni because my husband went to the grocery store and had a hard time finding the jumbo shell macaroni)
3 cups green and/or red sweet peppers chopped (I used several small sweet peppers to make up the 3 cups)
1.5 cups chopped red onion (I used 3/4 of a GIANT red onion)
1 Jalapeno, seeded and chopped
2 tbsp vegetable oil (i used olive oil because I didn’t read this part, oops)
2 cups chopped cooked chicken (i cooked chicken tenderloins in a skillet, however, I think this recipe would be fine without chicken)
1 16-oz can refried beans (I used a 15 oz can of refried black beans, because that is what I had)
1/2 of a taco seasoning packet
2 10 oz cans enchilada sauce (I used red sauce)
1 8 oz package shredded Mexican style four cheese blend (I probably used about half of this amount, maybe even less)
1 cup sliced green onions

1. Preheat oven to 350. Cook pasta according to package directions; drain. Rinse; drain. Set aside.
2. In skillet, cook sweet peppers, onion, jalapeno, and 1/4 tsp salt in hot oil over medium heat for 5 minutes or until tender. 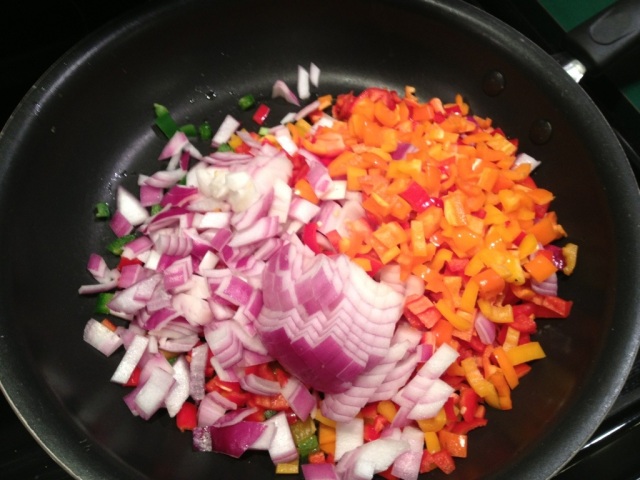 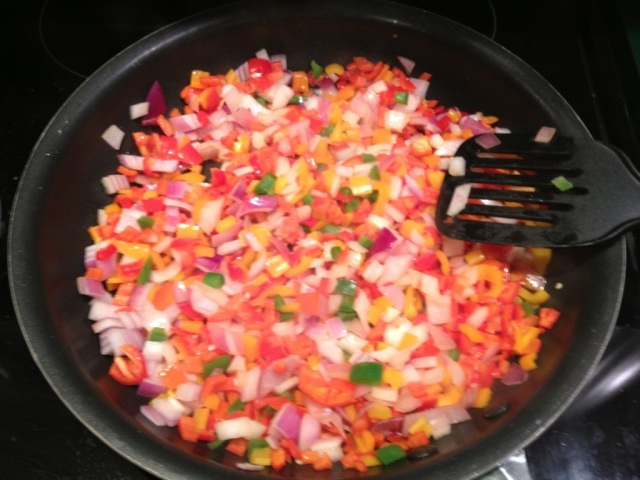 Serve with sour cream or guacamole.

Here is the final product. 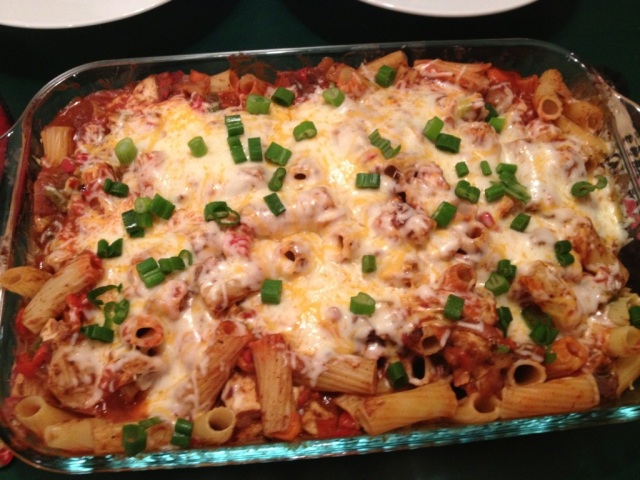 Well, I am off to chill out. Today has been busy. Start to finish.

I hope you are all having a good week. Only 2 more days, then a THREE DAY WEEKEND!!!!
WOO HOO. I need it, desperately.

PS Beth FS is seeing Maroon 5 tonight!!! And, may or may not be eating a brisket and macaroni and cheese sandwich. Poor thing, she is under the weather, though. Hope she was able to rally and enjoy the concert.