Monday I am going to follow the lead of my friend Liz and do an update on my weight loss and fitness goals for the week on Mondays.
This weekend was the end of a two week vacation from doing what I was supposed to do to lose weight! Boy do I regret it. I gained 2.4 lbs back. But, I am back at it today.
So, I don’t have my exercise to report but my goal for this week is to exercise 5 times, even if only for 10 minutes. Ash Wednesday is tomorrow, which means Lent begins. Instead of giving something up I am going to make a fitness goal – a total amount of minutes of fitness I want to accomplish. I will decide that tonight and update that on Mondays as well.

On Tuesdays I wanted to do a Henry update.
Right now Henry is so fun- he laughs, smiles, cuddles, and loves to be on the move.
He has two teeth that have broken through the gums, mostly.
He is sleeping rather crappily. Although on Saturday night he slept 11 hours straight through- randomly.
He still naps in our arms.
We tried cry it out and we just can’t do it. Maybe there will be a time when we are ready, but it’s just not now. He gets too hysterical and I can’t take it.

My mom watches him while we are at work and he absolutely adores her. Craig says that he can’t even describe the look on his face when he gets there in the morning.

Here are a few pictures from today. 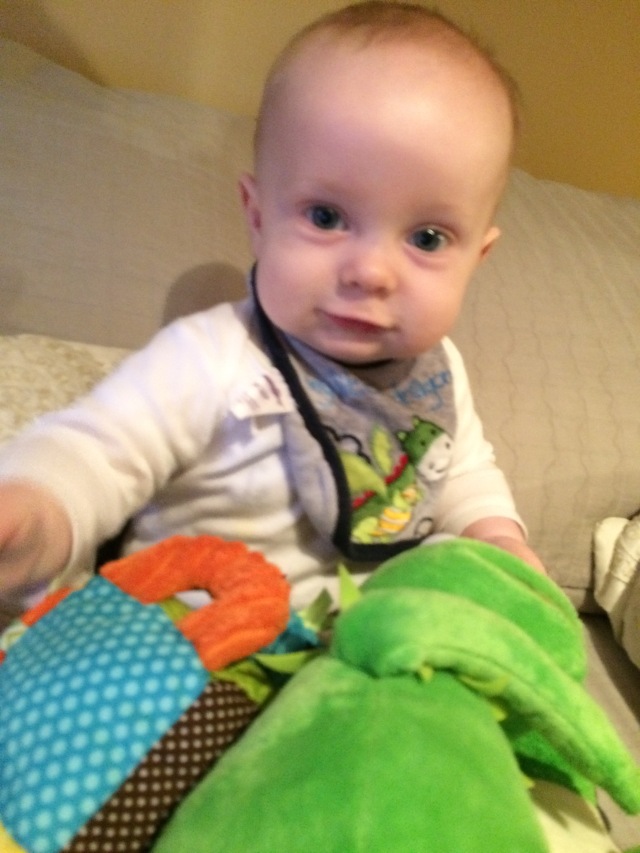 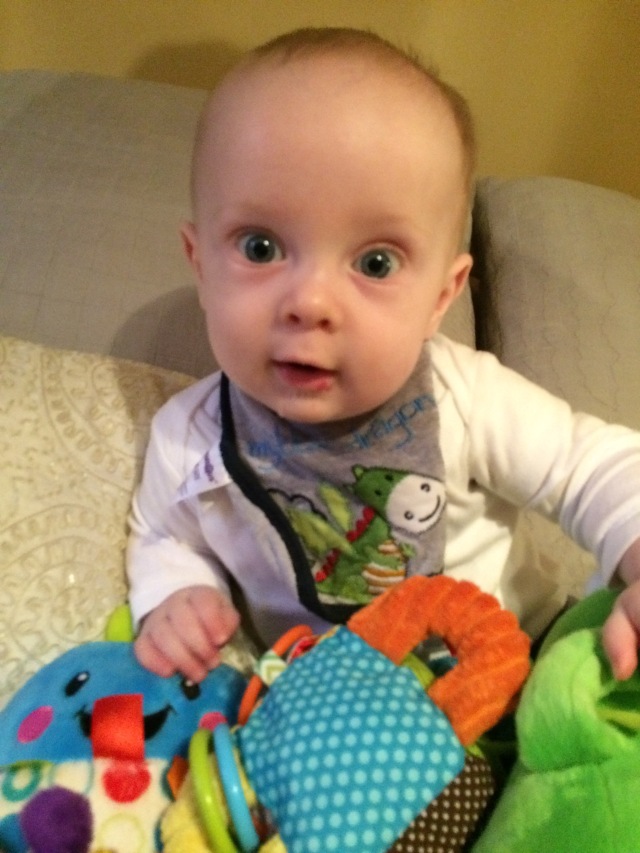