42 days without a binge

I just can’t believe it. I really can’t. And I have to say it has not been easy. Especially in the last 4-6 days. I really thought of getting my binge favs – donuts, cookies, etc and eating it all! I even dreamed about binging on iced sugar cookies! I woke up and was so glad it wasn’t real. But, it just goes to show how much it weighs on my mind.

Today I had a #nonscalevictory. I went to a baby shower today and it was the first time in years that I was getting ready for a social event and I was actually not in the process of getting fatter. It was the opposite. I have been getting healthier, and therefore less fat! Lol. I planned for the shower. I knew I would want a piece of cake- which ended up to be a delicious cupcake. I planned by walking for an hour this morning, have a low calorie, high protein breakfast and drinking loads of water. I was actually able to eat part of the delicious lunch, and my whole cupcake and walk out of there feeling completely fine with my choice. I also had planned a low carb/low cal dinner because I figured I would be eating lots of carbs at the shower. It all worked out as I planned.

After the shower I went to the grocery store and spent a million dollars.  I only got was on my list from my meal plan but we were out of a lot of expensive basics; toilet paper, EVOO, peanut butter, jelly, etc…I had major sticker shock. In fact, I think I still do. 😳

When I got home I made my egg bake while Craig grilled dinner. We hung out on our enclosed porch for a bit. It’s a huge mess out there and Craig and I are going to clean it out over spring break because when it is clean, it’s a fun place to hang out.

Here are Henry and our dog, Sammy hanging out watching traffic on the porch. 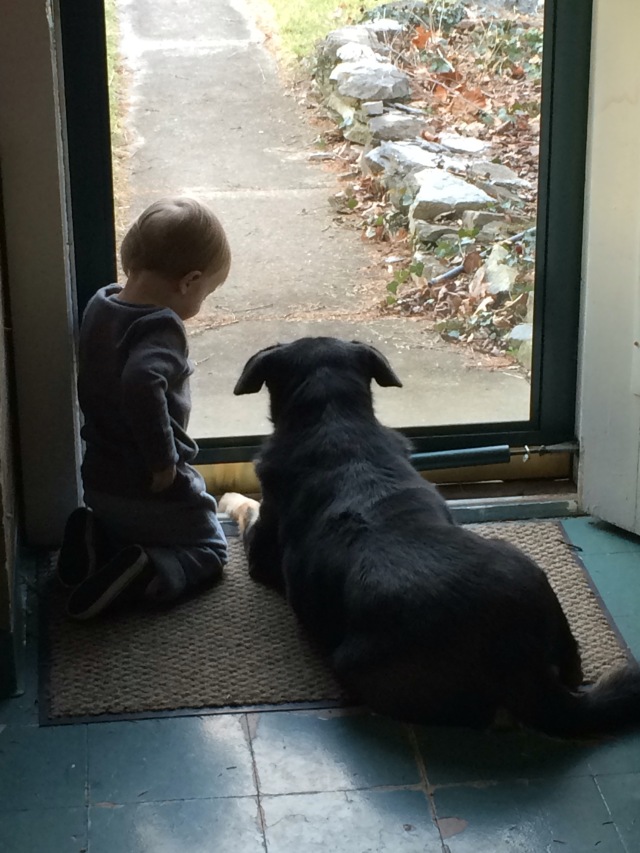 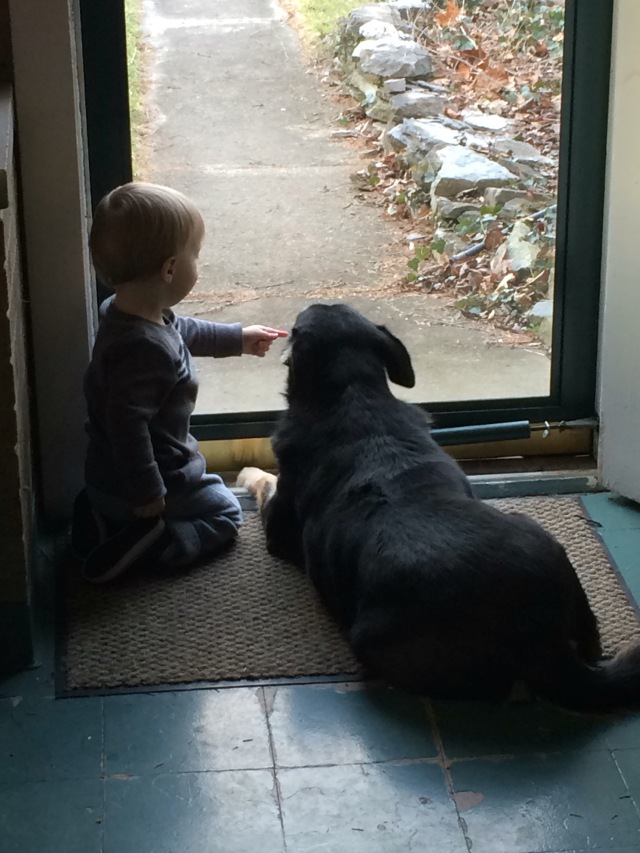 Shortly after this, Henry started “petting” Sammy and she high tailed it out of there.

Craig’s uncle died yesterday and the funeral is Thursday. He was a really nice and funny man, and had a stroke a few weeks ago that he never quite recovered from.

I hope you all have a good week. I cannot believe we are one week away from March!

2 Responses to 42 days without a binge